Home Backgammon boards, sets and accessories Backgammon glossary : all you need to know about the backgammon vocabulary 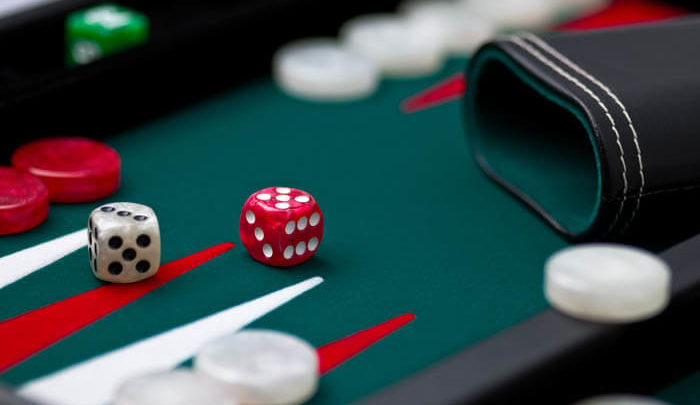 Like other games, backgammon has a specific vocabulary that can be confusing for a new player. To avoid looking like a rookie during a backgammon discussion at your local club or on an online forum we made you a complete backgammon glossary by category.

Board : surface on which you play backgammon. Usually shaped as a suitcase to carry it around.

Checkers : pieces that you and your opponent will move around the backgammon board. There are 15 checkers of different colors for each player.

Dice cup : cup the player uses to shake his dice before a roll. In almost all tournaments around the world, it is not permitted to use your hand to roll the dice.

Baffle box : Box that is used instead of a dice cup to roll the dice. The box is placed on one side of the board and the player puts the dice into it.

Clock : in most live international tournaments, it is mandatory to play with a clock like in chess in order to keep the game in a reasonable time spread.

Scoreboard : used to keep track of the score during a match. A scoreboard specifically made for backgammon includes a Crawford and a post Crawford sign.

Blot : a sole checker on a point that is in danger of being hit by the opponent.

Hit : landing on a blot and sending it to the bar.

Bar : the space in the middle of the board where a checkers is placed when hit.

Slot : putting a sole checker on a point with the intention to cover it next turn to make a point (ex : slotting the five point )

Make a point : action of putting at least two of your checker on one point in order to block your opponent.

Prime : a succession of points that block your opponent checkers to jump over. A 6 points prime is by definition impossible to jump.

Bearing off : action of taking your checkers off the board. The goal of any backgammon game is to bear off all of your checkers before your opponent does.

Winning a gammon : this means one player has borne off all of his checkers while his opponent hasn’t borne off even one. Thus, the winning player wins twice the number of points that the cube indicates (if the cube hasn’t been turned, the winner gets 2 points).

Winning a backgammon : this means one player has borne off all of his checkers while his opponent hasn’t borne off even one and still has at least one checker on the bar or in his opponent’s inner board. Thus, the winning player wins three times the number of points that the cube indicates (if the cube hasn’t been turned, the winner gets 3 points).

Inner board : also called « home board, » this is the area on the board, from the 1st till the 6th points, where you have to bring all your checkers before bearing them off.

Outer board : this is the area from the 8th until the 12th points on the board.

Pip : unit used in backgammon to determine how far a checker is from bearing off. Thus, the player with the lowest pip count is ahead in the race.

Race : the goal of backgammon is to bear off all your checkers before your opponent does. Thus, the player who races faster by rolling high numbers with the dice is said to be winning the race.

Back game : when you are so far behind in the race that you only chance to win is to hold one or more points in your opponent’s inner board, expecting to hit a blot.

Jacoby rule : during a money play, the Jacoby rule (invented by Oswald Jacoby) says that no gammon or backgammon count as such if the doubling cube hasn’t been turned at least once.